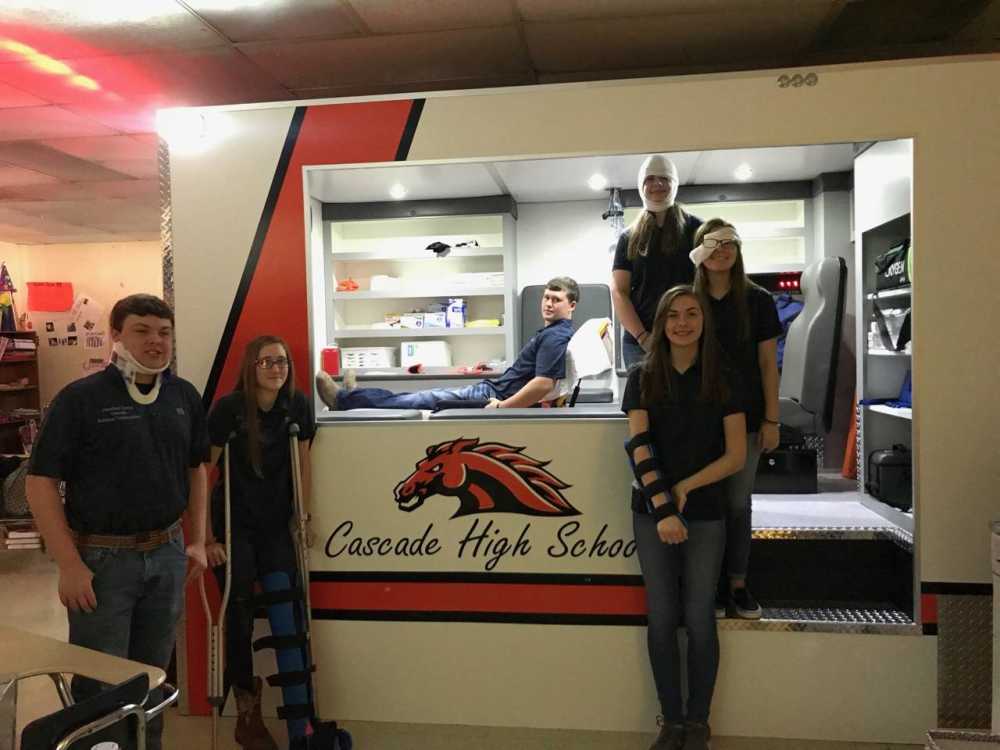 Cascade FFA is participating in the Tennessee ATV Safety program, the only one of its kind. The top six counties in Tennessee ranked on the number of ATV accidents reported at Vanderbilt were invited to participate. The Cascade FFA and Bedford County 4-H are collaborating to promote ATV safety. The members attended an eight-hour workshop in September and were assigned several activities to complete.

The members enlisted the help of the Cascade High School Art Club to design a shirt. Winners were selected and all participating members received a shirt and a drawstring bags provided by the program as prizes.

The seven members on the committee filmed a 60-second public service announcement promoting ATV safety. They filmed at their places of employment and/or where they spend most of their time. Next, they used Susan Smithson's ambulance simulator; portrayed injuries and discussed how ignoring safety rules could have a negative impact on their lives. Zack Spears' STEM classes assisted in editing the PSA.

On Feb. 22, the FFA students will conduct an ATV Safety Pep Rally at Cascade. They have several guest speakers, demonstrations, and information lined up for the day.